Many Central Georgia students will soon receive their diplomas and either head to college or begin their careers.

However, one Macon family says their attempt at academic success ended with disappointment.

19-year-old Raveil Ashley dropped out of high school because he found the material difficult to understand, but his hopes for educational success were renewed when his friends told him about Sunfield High School. 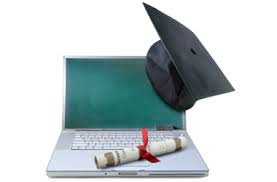 “I was really hype when I first got it. I was jumping up and down like, ‘Man, I’m about to go to college,'” Ashley said.

He says the work only took hours to complete, he never stepped foot in a classroom, and never met any teachers because Sunfield High is online.

It’s also a diploma mill, or a company that sells fake degrees.

Ashley and two of his friends spent about $200.

“They may tout that they’re accredited, but look who they’re being accredited by. Is it an accreditation that is recognized? Because if it’s not, you’re really just throwing your money away,” Collins said.

Raveil is now working toward a diploma from an accredited organization at E. Lucas Consulting in Macon.

“We see students quite often who have paid their money, who’ve gone online, who’ve been involved in some of these programs that they thought were legitimate programs because they look good, they start out fairly reasonable,” she said.

Raveil now plans to become a paramedic and save other people the time, money, and heartache that comes with false hope sold online.