Couldn’t get an MBA degree? Don’t despair. You could buy it here in the UAE. For the right price you could also become a civil or mechanical engineer – even a “certified” finance professional – all in a matter of days.

No HR department would suspect a thing as the certificates would be duly attested by authorities in both the UAE and your home country.

Shocking it may appear, but this is the bitter truth that has emerged in an undercover investigation by XPRESS. 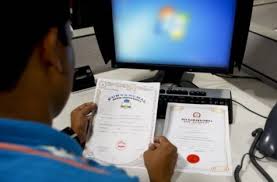 We asked them if they could give us a degree or certificate without us writing the exams. Eight of them agreed without so much as batting an eyelid, if the money was good.

AVV is not recognised by the University Grant Commission (UGC), the statutory Indian government body charged with providing recognition to universities. But that shouldn’t worry you because Vijaitha will also get the fake degree attested through her office. Attestation is a pre-requisite in the UAE and job aspirants are required to get their academic certificates attested by various agencies.

Once rubber stamped, even a bogus certificate becomes legitimate in the eyes of employers because the attestation seal is what they typically look for.

“You’ll get an MBA degree from AVV in two months. Come to our Sharjah office, we can show you samples. We will do complete attestation down to the last procedure from the Ministry of Foreign Affairs… it will cost Dh9,000,” Vijaitha told us. A shortened version of the audio recording of this conversation can be heard online at www.xpress4me.com.

Next we contacted an agency that offers “certified” engineering and management courses from its Al Ghusais office.

The person who answered our call identified himself as Prabhu and got down to business straightaway.

“It will cost Dh3,500. You want classes or only certificate?” he asked cagily.

“Just a management certificate,” this XPRESS staff told him, pretending to be a job aspirant looking to bolster his CV.

“No problem. It will take four weeks,” said Prabhu. “You don’t have to do anything. I just need your passport copy and two photographs. I will take care of everything, submit your assignment, your final project and even write your exam, don’t worry.”

To quell any doubts Prabhu added: “The certificates will be attested. Everything 100 per cent genuine, nothing to be worried. It’s just that I have to go for a backdated process. I will say you started the course last year and are taking the exam now. Okay?”

The conversation is also on tape with XPRESS as is a video recording of another sting operation where a counsellor at a Karama-based educational provider admits on camera that they used to provide bogus certificates until two months ago. “We’ve stopped it for now, but may resume after a few months,” she said.

An educational group with branches in Dubai and Sharjah demanded Dh75,000 for an MBA degree that comes with a migration certificate “in case you want to study in Canada, UK or US” while yet another management institute urged we come down to their office because “such things cannot be discussed on the phone”.

Of the 10 education providers we approached, only two turned us down saying there are no shortcuts to a college degree.

Faking college credentials is a misdemeanour offence in the UAE and can result in fines up to Dh20,000 and three years in jail.

But in a job market as fiercely competitive as in the UAE, some people are willing to go to any length and if it requires them to fudge degrees, so be it,” said the HR manager of a Dubai-based multinational firm. “A lot of phony certificates and degrees are floating around in the UAE. Sadly, no one bothers to look beyond the attestation seal. And it’s this lacunae that has resulted in a thriving illegal market,” he added.

XPRESS has in its possession copies of scores of degrees issued to UAE residents by dubious colleges over the years. But there are some bearing the names of reputed institutions.

Shane Phillip, managing director, UAE-based Shane Philips Consultants, which specialises in senior placements, said hiring managers should be cautious. “Fraud is rampant and employers should verify the backgrounds and credentials of potential employees.”

But how does one separate the wheat from the chaff when degrees from even bonafide institutes are manipulated?

For Dh45,000 an educational provider in Karama promised to fast-track a legal MBA degree from an accredited university in India.

“You will face no problem. We will enroll you under our fast-track programme and also provide you question papers in advance. Everything perfectly legal. Many of our students have benefitted from this programme and are now working with multinational firms in Dubai,” assured a counsellor.

Outside her office we met a young man who had come to collect his MBA degree. As we entered the elevator, he gushed: “I am a salesman at a hardware shop in Satwa. But it looks like I have a new life ahead.”

The number of people working in the UAE with fake certificates is hard to determine, but the claims of an Ajman institute give a fair idea of the size of the racket when it boasts of having issued 500 such MBA degrees in a year and a half.

“Leading. leading people are working with these degrees (sic),” said the principal, Rani, when we called her posing as a candidate looking for a quick degree.

Listing the names of some reputed UAE-based firms where these MBA graduates are supposedly employed in senior positions, Rani said: “Our MBA programme is from the government of India’s HR department in collaboration with the British Council.”

She said anyone who completes the programme automatically gets nine points which could be used for migration to Canada, US and UK, adding that the degree would be attested by various authorities.

Midway through the conversation we asked: “How long will it take to get the degree?”

“As quickly as possible.”

“Within two months or one month?” he enquired.

“So I don’t have to give any exam or anything?” I asked.

“Regarding exam I will tell you in person when you come here. I will help you out…There are answer sheets over here. You can come and write the answers [chuckles]…. Everything I can’t answer on the phone, because you see, the media is very…this thing you know…”

The conversation is also on tape.