The use of fake university degrees and other qualifications by criminals to infiltrate the business world is on the increase, experts have warned.

Verifications company QVS chief executive Danie Strydom says the proliferation of fake qualifications poses a real threat as the documents could be used to secure jobs to the detriment of companies. 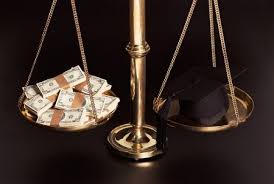 “The danger of employing fraudsters and organised crime kingpins has risen exponentially with the advent of new technology being used by degree mills to make their fake degrees and diplomas look exactly like the real thing,” Strydom says.

He says fraudsters are always on the lookout for ways of infiltrating organisations for personal benefit. The level of degree fraud is currently at 13%, Strydom says.

“It varies from degrees, diplomas and certificates that are outright frauds – some bought from overseas degree mills – to documents that have been tampered with.

“The most common forgeries are individuals forging degrees that they had not studied for or changing marks to show that they had passed subjects which they had in fact failed or not studied,” he says.

Hawks spokesperson Paul Ramaloko also says the use of fake degrees and diplomas is increasing. “It’s incumbent on employers to do proper checks. Once the employers raise the flag then we investigate,” Ramaloko says.

Strydom has identified a British-based company which sells a wide range of degrees from universities in the UK, with all documents notarised by an accredited commissioner of oaths.

The company cannot be named because it could not be reached for comment yesterday. The company states on its website that notarising copies is a process of authenticating a document to the required level so that another country can accept them as genuine.

It charges $289 (R3300), which includes delivery by courier service. It boasts that members of the public can choose their major subjects and the graduation date.

The South African Council for Educators also recently raised the alarm over the submission of fake qualifications by people trying to get employment as teachers.

Most of the applicants were identified as foreign nationals.