A day after Meghalaya government approved dissolution of Chandra Mohan Jha University (CMJU), thousands of allegedly fake degrees awarded by it to students across the country have become null and void. The Meghalaya government’s action came following directives from the Supreme Court to act against Meghalaya’s first private university established in 2009. 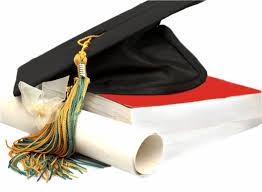 TOI had first reported the scam on June 4 last year citing report by Solapur University Students Association president Satish Rajmane on how the Shillong-based university had allgedly awarded over 4,000 fake PhDs so far, majority of them in Maharashtra, for 2 lakh-5 lakh. Many beneficiaries were believed to be working in Nagpur University as well. TOI had exposed names of many who were appointed as PhD guides in NU based on degrees obtained from CMJU.

Following TOI report, the Maharashtra government had issued a circular directing all non-agriculture universities to immediately cancel all appointments, promotions and increments, made on the basis of degrees obtained from CMJU.

Later, minister of state for higher and technical education DP Sawant announced in Maharashtra assembly that the government will file police complaints against such degree holders.

The government later found about 36 persons having fake degrees on the basis of which they were recruited in the state. Of them, 30 were having CMJU degrees, five from another university in Rajasthan and one from an unknown Tamil Nadu-based university. Seven lecturers were found in Solapur University, six in Gondwana, four from Nagpur University and three from Swami Ramanand Tirth Marathwada University.

Twenty more candidates possessing CMJU degrees had applied to various universities, including Amravati, Kolhapur and Dr Babasaheb Ambedkar University in Aurangabad, but were not appointed.

The government had issued directives to all universities not to appoint teachers holding such degrees, strip them of any pay allowances or promotions, and lodge criminal offences. But, not a single instance of FIR was reported from the state, including Nagpur University.

Instead, NU passed buck on the colleges to do the formalities. Ironically, none of the colleges has taken any action so far, NU officials told TOI.

UGC had also constituted an committee to inquire into the allegations. A public notice by UGC on its website mentioned that former Meghalaya governor Ranjit Shekhar Mooshahary had recommended to his state for CMJU’s dissolution as per Section 48 of the CMJ Universities Act, 2009. Its chancellor CM Jha, who was elusive since the racket was exposed, was arrested on April 22 from Bihar, but was granted bail by Meghalaya High Court on Wednesday.