Imagine getting a B.Ed. (Bachelor of Education) degree before turning 21 or even before being born? Strange as it may sound, that’s exactly what has happened in Bihar in at least 95 cases.

The state government had appointed 34,540 trained teachers on a regular basis in 2011-12 after the Supreme Court ordered this in 2010. But soon after they were appointed, the education department received a number of complaints that some of the teachers had used forged degrees to get jobs. 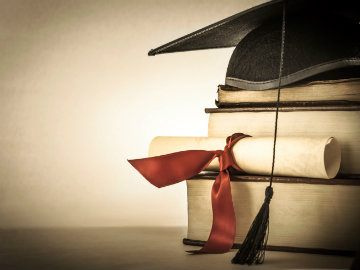 “In view of this, an inquiry was ordered and, much to our surprise, it was found that 95 teachers got their B.Ed. degrees either before their birth or much before attaining the age of 21,” an official said.

Take, for instance, Shivnarayan Yadav, who joined as a teacher in a school in Madhepura district. He received his B.Ed. degree five years before he was born, the dates on his birth certificate and degree show. Another teacher, Priti Kumari in East Champaran, received her B.Ed. degree three years before she was born.

Similarly, Indu Kumari and L.B. Singh, school teachers in Saran and Saharsa districts, received their B.Ed. degree seven years before they were born!

All those who had used fake certificates to get jobs had been fired, R.S. Singh, joint director of Bihar’s Primary Education Department, told IANS.

“The department was shocked to find that they used forged degrees to get teacher’s jobs,” he added.