As many as 94 degrees submitted by candidates for the job of BPEd instructor in government-run junior high schools have been found fake by Lucknow University’s examination department. Preliminary investigation shows majority of fake marksheets caught during verification bear roll numbers that were never allotted to any candidate. 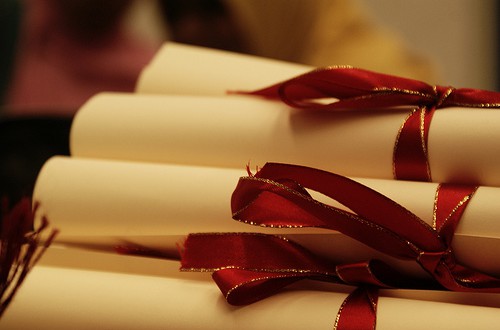 Out of the 94 fake degrees, 46 are of BPEd, 48 are of BA. “Most of the cases fall under the category where the roll number mentioned on the degree was never allotted by the university. In other cases, the roll number was originally allotted to someone other than the person whose degree has been sent for verification,” said controller of examination S K Shukla.

Probe panel constituted by the university has yet to start investigation. Even members of the inquiry committee have not been informed about their appointment as yet. The three-member panel is headed by R R Lyall of Law department with Manoj Dixit of public administration department and M K Agarwal from the economics department as members. The committee is expected to fix the responsibility and suggest measures to plug the leaks.

To combat the problem, officials said the university is planning to upload results of all students who have passed or failed. The exercise will begin from those who graduated in 2012. “We are in the process of making results along with students’ photograph public so that there is no room for suspicion,” said Shukla.

Meanwhile, 46 aspirants for the post of instructors in junior high schools have been charged with forgery and cheating by impersonation in an FIR lodged in Lakhimpur Kheri late on Tuesday. FIR was lodged by Basic Shiksha Adhikari (BSA), Lakhimpur Kheri, O P Rai after verification of the aspirants’ degrees, which they claimed were from Lucknow University. Rai, in his complaint has accused aspirants of using forged BPEd degrees and marksheets to get the instructors’ job.