Mambalam police busted a posse which sorted out a fake prospective employee meeting for almost 100 applicants at a lodging in T. Nagar and gathered Rs. 80,000 each from the candidates while acting like Larsen &Toubro administrators. Six persons including a young lady were captured and fake archives seized from them. 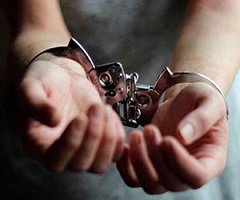 Police sources said suspects Krishna Kumar Bhagat (28) from Jharkhand and Sivakumar (60), Raj Kumar (33), Anooj Sukku (23), Anil Gautham (30) and Nisha Guptha (23), all from Delhi, led the meetings from Friday morning and conned numerous youthful occupation hopefuls. In the wake of getting a tip, Mambalam police group came to the inn yet the pack disappeared. In any case, the suspects were soon captured on Ranganthan Street in T. Nagar.

Cross examinations uncovered that the pack had likewise led false grounds interviews at designing schools in Kancheepuram and Coimbatore for the sake of Yes Bank and issued fake arrangement requests to understudies.