The alleged mastermind of a bank fraud case involving fake land documents used for getting loans at Digaphandi in Odisha’s Ganjam district area has been arrested, police said Thursday.

Bijay Kumar Panigrahi of Golanda village is said to be the kingpin in the fraud case as he allegedly arranged fake land documents for borrowers to obtain bank loan, they said. 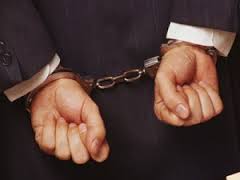 Nirdosh Behera, manager of State Bank of India (SBI), Talasingi branch, had lodged FIRs against 36 persons with Digapahandi police on May 3 for taking loans from his branch by allegedly producing fake land documents during 2006-2014.

According to the Behera, most of the borrowers had taken the loan under the government’s scheme for procuring tractors. The fraud loan amount was around Rs 1.12 crore, police said.

The borrowers from different areas of the district, including Digapahandi, Sanakhemundi, Chikiti, Patrapur blocks and Berhampur towns had procured the loans, they said.

Police have arrested five borrowers from the different villages so far for taking loan by producing fake land documents.

Bijay, who was working for a tractor company as an agent, was instrumental in forgery of land documents for the landless persons to arrange loan from the bank. Both Bijay and Ram were taking handsome commission from the borrowers after sanction of loan, police said.

“It’s a major economic offence case, involving a number of people. Bank staff were also under scanner. Inquiry is on the case and other persons involved would be arrested soon,” they said.

The fraud came to fore after the bank crosschecked the documents with respective sub-registrar and tehsil offices, sources said.