A Polk State College professor whom authorities say falsely claimed he had a doctorate degree has been arrested and charged with grand theft.

David Scott Broxterman, 55, was arrested Wednesday morning and charged with grand theft over $100,000 and cheating. The State Attorney’s Office said he submitted fake transcripts to Polk State claiming he earned a doctorate degree from the University of South Florida in 2007 and that he displayed a forged diploma in his office. 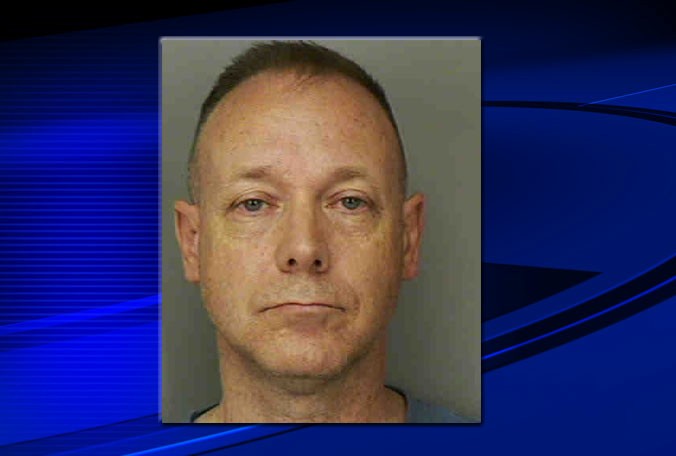 Broxterman’s salary from 2009 to 2014 totaled $258,759.71, according to the State Attorney’s office. The grand theft charge is based on him collecting the salary under false pretenses.

According to the arrest affidavit, the State Attorney’s Office opened an investigation after receiving information that Broxterman did not earn the doctorate degree required for his position.

Polk State first hired Broxterman as an adjunct instructor in 2009, based on his claim he had obtained a PhD in organizational management from USF, and later hired him to the full-time faculty position of business administration professor, the State Attorney’s Office said.

Assistant State Attorney Brian Haas said he examined the transcripts Broxterman submitted to Polk State before being hired, compared them to an actual set of USF transcripts, and saw that they were printed in the wrong color and format and included numbers to courses that did not exist.

The State Attorney’s Office executed a search warrant of Broxterman’s office on May 12 and recovered the diploma, which was easily identified as fake, the arrest affidavit said. According to the affidavit, the diploma had a signature from USF President Judy C. Genshaft that should have been Judy L. Genshaft, the wrong color and placement of the USF seal and the word “Board” misspelled “Baord.”

Authorities said Polk State did “everything possible” to cooperate with the investigation.

“Polk State College is a very fine institution of higher learning in our community,” Haas said in a news release. “The college has cooperated fully in this investigation and has already taken steps to prevent this from happening again.”

Broxterman, who lives in Lakeland, was seemingly well thought of by students.

“It’s a shock that this man who taught me so much and has done so much for the school is not who he says he is,” said Anthony Bates. “He was a phenomenal teacher he made sure everything was by the book. We were reading what we were supposed to that we were learning the things we were supposed to regarding organizational structure and how businesses should be ran,”

“Talk about a teacher that is actively involved at PSC and (he) has a heart of gold!” one student wrote on the website. “His teaching methods are based on ‘selling,’ which gives real-life examples to students of what they need in the future! You EARN your grade! If you put the effort, you WILL get your A! Its up to you! I feel honored to meet Dr. B! Truly an inspiration in my life forever.”

Broxterman is being held in the Polk County Jail without bond pending his first appearance hearing.