Of 12,000 graduates from Makerere University, at least 600 did not meet minimum requirements, officials said.

All 600 students under scrutiny graduated from the humanities and social sciences college. 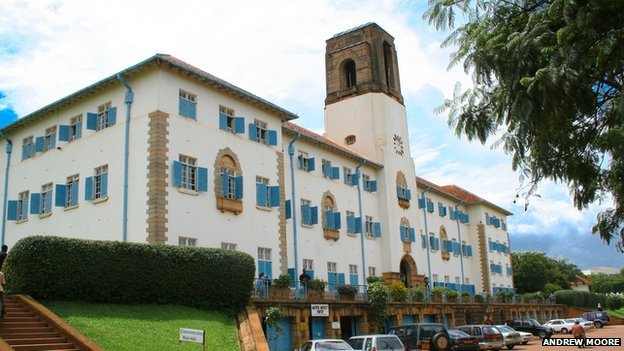 William Tayeebwa, the head of Makerere’s journalism department, told the BBC that one student had failed an exam with 44%, only to have her mark altered to 71%.

But seven students from the journalism department who had qualified and been cleared to graduate discovered that their names did not appear on the final list.

“These inconsistencies with regards to results are worrying for students,” said Mr Tayeebwa.

“They are concerned about the fairness of the system that will affect their future careers.”

Mr Ogwang acknowledged that there were “probably fraudulent cases”. He said the suspected fraud highlighted “weaknesses” in the university’s system that it would need to “look into seriously”.

Documents seen by the BBC’s Patience Atuhaire in Uganda indicate that all 10 colleges across the university are under investigation, despite fraud only being alleged in relation to humanities and social sciences.

The university’s academic registrar has written to all department heads requesting information about how marks and graduation lists may have been altered.

“It spoils the reputation of the university,” said one student. “It’s unfair to the people that actually graduated on merit.”