Over the summer, an out-of-state employer called the Safety and Security office to report that a man used a fake Seattle Pacific University diploma to apply for a job at their company, something that has happened to this university about five times in the past 24 years, according to Ruth Adams, university registrar. 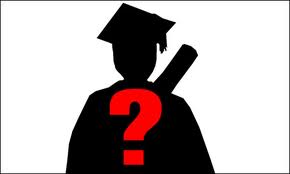 The fake was discovered when the employer called the registrar and found no record of the applicant ever being enrolled as a student at SPU, according to Vic Peirsol, associate director for security operations.

The diploma in question bore little similarity to a legitimate SPU diploma, he said.

Peirsol said SPU decided not to investigate further after learning about the fake diploma. He speculated why someone would use an SPU diploma to apply for a job.

“They may try to find [a university] that they’re not sure the company they’re applying to will take the time to find out,” he said.

Peirsol also explained some of the dangers of using a fake degree.

“It sounds easy to make up a diploma,” he said. “However, companies can use online resources or solicit the university directly in order to determine if an applicant is legitimate.”

In the state of Washington, false certification is punishable as a gross misdemeanor (up to 364 days in jail and a $5,000 fine) while forgery is a Class C felony (up to five years in prison and a $10,000 fine).

The Federal Trade Commission (FTC) offers guidelines on their website for businesses that need to verify an applicant.

It lists suspicious traits that a business should check, such as degrees earned out of order or in a much shorter time than normal or degrees earned from colleges in a different state than the applicant’s residence.

Businesses can then verify the applicant by researching the school online, contacting the school, checking a list of accredited universities released by the US Department of Education or simply asking the applicant for the degrees they claim to have.

According to the FTC, willingness to use a fake degree could also indicate dishonesty in other areas.

Hiring someone with a fake degree is especially dangerous for jobs that require highly specialized knowledge—like doctors or lawyers, the FTC website said. According to Peirsol, the person who tried to use a fake SPU diploma could have a hard time finding a job now, if future employers find out he lied on a previous job application.

Sophomore Simon Villeneuve said the applicant must have been desperate to take the risk of using a fake diploma from SPU. “It’s pretty bold,” he said.