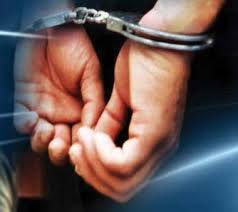 The two arrested were identified as Mohammad Saifulla of Khajrana and Mahakal Singh Chandel of Rajendra Nagar area. During initial investigations Saifula have revealed that he worked as an agent for racket kingpin Aftab Hussain to make fake mark-sheets of 10th and 12th standard state open school.

Mahakal Singh was allegedly involved in getting fake degrees of Jiwaji University through Brijvallabh Maheshwari who has been arrested. Additional SP Devendra Patidar, said, “Accused used to work as agents to deal with clients and facilitate in providing fake mark-sheets of the school board and university. The accused were produced in local court and have been sent on five days police remand. A total of 16 have been arrested so far.” On January 23, crime branch had busted an inter-state racket operational in Madhya Pradesh, UP, Bihar and Gujarat for more than four years. They sold Class X and XII mark-sheets, besides certificates for Rs 10,000 and Rs 20,000. They charged Rs 70,000 to Rs 90,000 for D Pharma, LLB and other degree mark-sheets. Some 300-400 fake mark-sheets, laptop, printer, scanner, 50-60 rubber stamps and documents were seized. The fake mark-sheets are of Jiwaji University, MP State Open School, Board of Secondary Education, Delhi, Bundelkhand University, Jhansi, State Council of Vocational Training and MP Board, Bhopal.