A Right To Information (RTI) query filed by a Maharashta Industrial Development Corporation (MIDC) employee has revealed that two of his colleagues were promoted on the basis of fake certificates submitted by them. 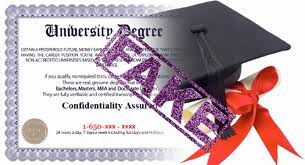 Karan Ghodke, who filed the RTI query, said, “Almost a year ago,

during a fight MH Shahajan told UG Jadhav he had submitted a fake government electrical diploma course certificate to get promoted.”

Ghodke then filed an RTI query with the technical board of the MIDC. In their response, the board mentioned that the certificates submitted by both of them were fake.

Shahajan and Jadhav worked as class IV employees, and were promoted to the post of operator at pump house (class III) 10-15 years ago.

Dilipsingh Chavan, executive engineer, MIDC, Ambernath said, “Karan Ghodke recently brought the issue to our notice. We then sent the certificates for verification. It has now been confirmed that the documents are fake. It is a case of cheating and forgery. The MIDC will take action against the duo.”