A Clinton woman who pleaded guilty after admitting to using fake diplomas and transcripts and altering test results to get a nursing license, will be sentenced Jan. 6, 2014. 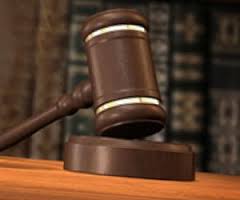 Alecia Danielle Grimes, 23, entered a guilty plea to four third-degree counts of forgery and to counts of unlawful occupational or professional conduct, one a third-degree felony and the other a class A misdemeanor in 2nd District Court.

Grimes was hired to work as a nurse at the Hillcrest Care Center in Sandy. The care center conducted a background check on Grimes and found she had entered a plea in abeyance in 2nd District Court to a third-degree felony charge of issuing a bad check in April,  according to Davis County prosecutors.

She then applied for a nursing license in Utah, but was denied because of the felony charge, according to the state Division of Occupational and Professional Licensing.

When DOPL investigated, they found Grimes had received a “temporary permit through Wisconsin fraudulently,” according to a DOPL citation document. She claimed she had a degree from San Diego City College.

The DOPL citation said Grimes never attended the California college, but used the documents to take the state nursing test. Charging documents say she changed the grade to get her license.

This article originally appeared on davisclipper